The start of AJ's 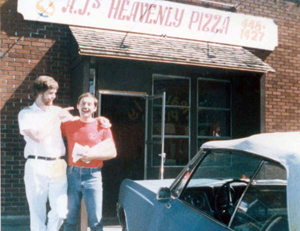 In 1981, partners Iggy Abbulone and John Hill heard Ohio would be a great place to start a business. Full of hope, they made plans to travel to Galion with the ambition to open a pizza shop. Natives of Detroit, and not knowing their way around, they ended up in Tiffin. There, they saw a building with a sign on the wall that read "Pizza Shop for Rent".
Since Iggy had led his partner John to know Christ, they wanted to own a pizza shop that could openly express their Christianity, and they have by including a Bible verse 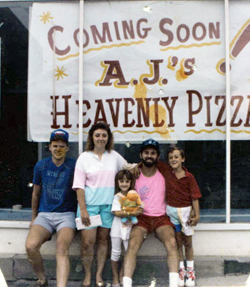 on every box and flier. With the "A" for Abbulone, and the "J" for John, the name AJ's Heavenly Pizza was born.
Between the equipment they already owned, rented from the building owner, and purchased, they had enough to open the shop. As with any new business, the first few weeks did not look promising. They were about to close up shop and move on when a customer walked in, promising to distribute fliers amongst the students at Heidelberg College. Soon after, business was great.
The Abbulone's started attending church at Grace Brethren Church in Fremont, now known as Grace Community Church. In 1990, they moved to Fremont, so their two kids, Sal and Maggie, would live closer to their friends, and grow up in the same community as their church.
Living in Fremont, the Abbulones opened the Fremont AJ's Heavenly Pizza, and still operate it today. 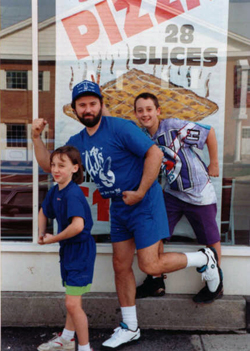 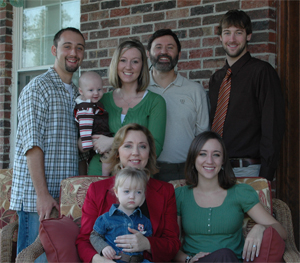